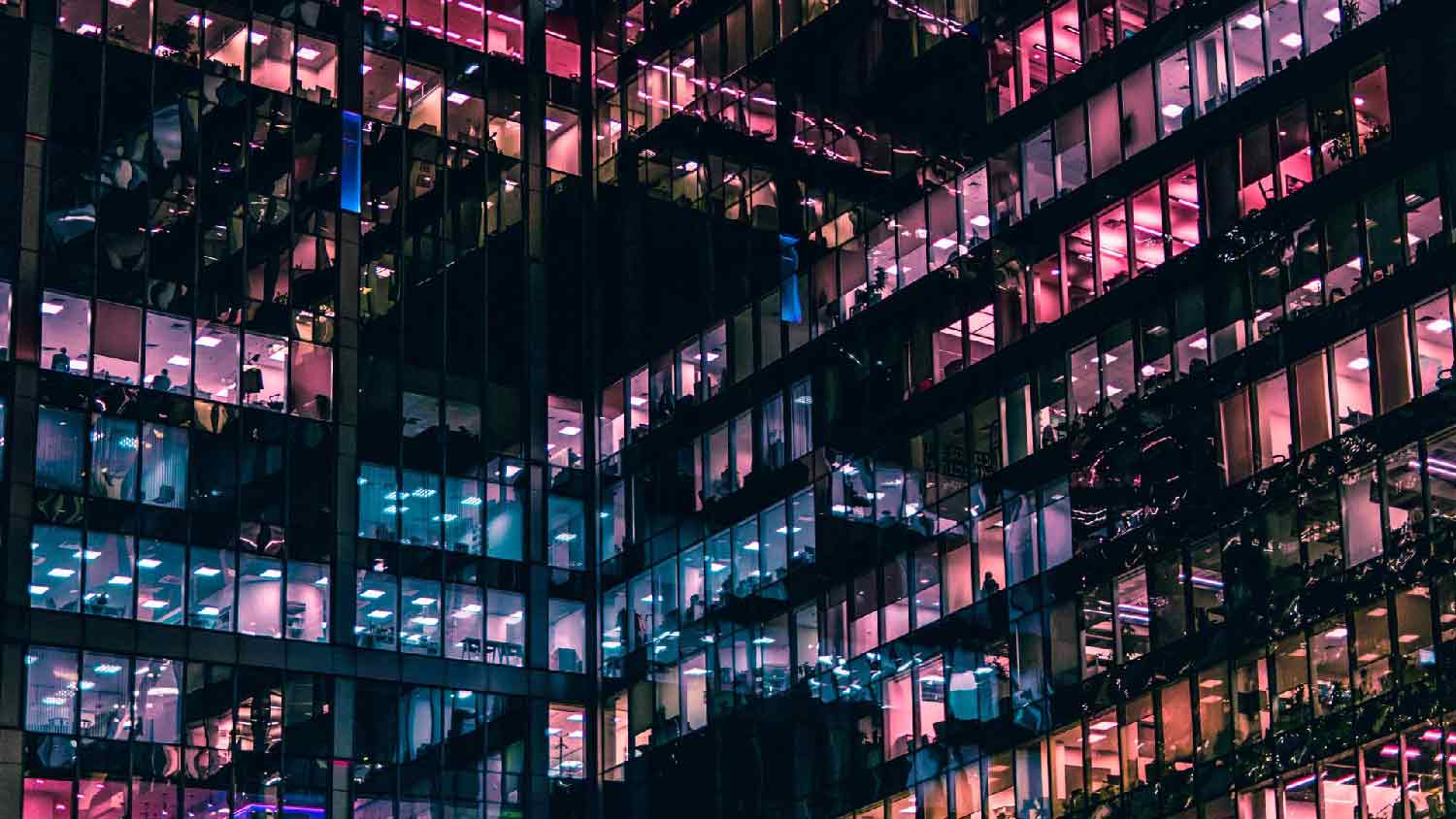 Am I a pessimist or a pragmatic realist?

Distressed acquisitions are by their very nature opportunistic purchases, and as such buyers often don’t have the time, or ignore the reasons for the business’s failure in the first place, and in doing so fail to realise the full benefits of the acquisition.

Companies that fall into the first category are the “holy grail” of the distress industry. The shining examples of what can be achieved – these are the success stories that keep the punters investing – but it is the second two categories, not the first that represent the majority of distress opportunities.

Too often however purchasers see only the financial distress as an opportunity to discount the purchase price of a ‘good asset’ rather than an acknowledgement that the good asset is no longer good.

In a 2013 PwC survey of US Fortune 1000 companies who had been involved in merger and acquisition transactions between 2010 and 2013, 65% of respondents characterized recent deals as a success from a strategic point, while only 49% achieved financial goals and only 35% achieved operational goals.

Achieving a strategic goal is simply “completing the sale”, while financial goals and operational goals require significantly more work. What is clear is that with nearly 44% of all deals being transformational the success of these deals is being considerably overestimated at their outset.

So how do you mitigate the risks of buying a distress business, in such a way as to maximize the value that can be achieved from the transaction?

Have a clear strategy for the method of acquisition

There are two main methods to acquire a distress business, firstly as an asset sale from the liquidator and secondly through a Deed of Company Arrangement. It is the first method, which is most commonly used because it is perceived to be the easiest and provides a clean break for the purchaser. That in my view is the only benefit and a questionable one at that.

The first class of creditors suppliers, makes little or no distinction between the old company and the new owner. Suppliers will seek to recover some of their losses in the form of higher prices, or with key suppliers they will simply refuse supply until their outstanding debt is paid. The second class of creditors to consider employees, have deemed continuity of employment where they are employed at the same location in the same role.

The second method of acquisition is a Deed of Company Arrangement, which provides additional value and lower costs than option one. It is however more often used by incumbent owners than external purchasers.

In 2014 the Queensland University of Technology (QUT) produced a report based on a sampling of 72 out of a total 350 deeds of arrangement effected in Australia between August 2012 and July 2013 only 28% of cases were found to be genuine reconstructions. If you extrapolate these figures over an average of 1,633 voluntary administrations a year this equates to only 8.6% genuine reconstructions in Australia.

The benefits of acquiring business through a Deed of Company Arrangement are fourfold:

A deed of company arrangement does not attract stamp duty on asset values.

The Deed of Company Arrangement is a compromise of liabilities and does not consider the value of assets, such that the assets can continue to be carried at the book value.

As there is no transfer of contracts from the company, the time costs, and risks around achieving an assignment of the customer, supplier, and landlord contracts is eliminated or limited.

To the extent the acquirer continues the same business, accrued tax losses less any debt forgiveness will be available to the purchaser.

For example, it took nearly 2 years to achieve a transfer of retails leases of the former Colorado Group to the acquirer Fusion Retail, while some $180.0M in tax losses were abandoned.

Communicate with all stakeholders

that. The most important part of acquiring a distressed business is to re-establish communication with key stakeholders, customers, employees, and suppliers. Businesses are in essence built on trust – that goods or services that are delivered will be paid for and the payment honoured.

But there is one category of stakeholder that should be held higher and that is a customer. There is no contract, which under normal circumstances can compel a customer to continue to use a company that has commenced an insolvency process, in fact, normal supply contracts now involve elaborate clauses to specifically cater for such events.

The negotiations that need to be held in advance and commitments made even during the insolvency process to ensure that customers are continued to be supplied. In the past we have achieved this through licensing the business operations to management or the purchaser while the administration process is undertaken or by funding the Administrator or Liquidator to continue the contracts. The balance of these discussions will depend on how important the supplier is i.e. just in time car parts suppliers, or how easier it is to select another supplier. In general terms for goods manufactured to order the time it takes a customer to redirect supply on terms is about 4 – 6 months.

If an acquisition by Deed is contemplated then there are two levels of discussion with stakeholders which need to happen simultaneously, firstly to support the Deed proposal by voting for the debt compromise, and secondly that creditors continue to support the business after the deed is executed.

From the same QUT study, the level of dividends in the sample of deeds was 3.7 cents for large companies and 9.7 cents for small companies, a median of 5.4 cents. With the dividend distribution at this level it is clear that the real communication is the on-going creditor support.

My view on this is clear, the benefit to the supplier of agreeing to a deed is to limit or eliminate the impact of voidable transactions i.e. preference recoveries of suppliers there is nothing more offensive to a supplier than having to disgorge payments as well as suffer the write off of the supply debt.

Most creditors exposed to distress companies are between less than 60-90 days being more than 70% of outstanding supplier debt. The cost of replacing lost revenue is significantly higher than the write off of the debt, as such suppliers are more focused on maintaining the customer and the opportunity to recover the loss than lose the client entirely. The important communications are to ensure continued and essential supplies on the same or better trade terms that the previous business maintained.

The last and probably the most important factor in reviving a business is to assess management to ensure they are capable of completing a turnaround of the business. This assessment can be critical given that management will have been operating in a distress culture for a significant period and may lack the skills or enthusiasm to reinvigorate the company.

Employee engagement schemes are essential in re-engaging employees as advocates for the business. Unmotivated employees can have enormous detrimental effects on a business. The Retail Adventures discount business acquired from the ADR receivership suffered a higher cost of goods sold for 2 years after the administration process due to increased supplier prices agreed to by staff not fully engaged in the businesses’ goals.

The implementation of the PPSR in 2012 has resulted in a greater level of visibility and therefore protection for suppliers allowing them to leapfrog employee entitlements.

Pursuant to section 556 of the Corporations Act employee entitlements rank in priority to secured and unsecured creditor claims, after realization and professional costs, from floating charge assets to the extent that such assets are available – and here is the rub, valid retention of title claim effectively means that inventory which represents the majority of floating assets for most companies could be beyond the reach of most employees.

In the administration of Mothercare Australia, valid retention of title registered with PPSR effectively placed the assets of the company beyond the reach of employees and the secured creditor to the supplier. The implementation of PPSR and the more effective retention of title management could in effect decimate a company’s floating charge assets putting greater pressure on the Government’s employee safety net GEERS. What was previously a fairly secure position is now very uncertain.

Employees also have enormous power although underrated in the administration process. Employees quite simply are able to control the vote, at least in terms of numbers and more often in terms of value when they vote together.

The appointment of Mark Mentha and Mark Korda to Ansett Group of Companies was in large part the show of power by employees.

This is unchartered territory in Australia but one that is likely to expand. We may just see employees participating in debt for equity swaps through employee share and option schemes where entitlements are used as consideration.